One can never forget the song Pehla Nasha from film Jo Jeeta Wahi Sikandar starring Aamir Khan, Pooja Bedi, and Ayesha Jhulka. Even now there are fans who can watch the movie over and over again just for the charm of first love. Several love songs come and go but Pehla Nasha can never be replaced ever.

Happy 46th Birthday Ayesha 🎂 Ayesha revealed how she was gravely injured while filming the finale sequence of the Mansoor Ali Khan-directed film. "It was bleeding a lot and the shooting was stopped. Everyone came running and Aamir was screaming and shouting at the spot boys to get ice. He put a big block of ice on the wound (on the forehead) and I could only see his expressions and people around," Ayesha said. "I got a surgery done and was asked to take rest for three days, otherwise the blood would flow through my nose to my throat if I kept my head straight," she added. Ayesha said that some people from the film's unit said that there would be a "big problem" if she wouldn't be able to shoot. "I told Mansoor that, 'Don't worry, I will shoot just give me something to cover these stitches'. So they gave me a red cap. I used to keep my head up just before the shoot and give expressions. Everyone used to tease me that, 'You have given blood for Jo Jeeta Wohi Sikandar.” – Ayesha Jhulka to IANS, 2017. @aayeshajhulka @_aamirkhan #ayeshajhulka #birthdaygirl #jojeetawohisikandar #pehlanasha #aamirkhan #mansooralikhan #90sbabe #90sbollywood #classichindifilms #hindifilms #indiancinema #bollywood #retrobollywood

Talking about the movie, you can’t forget that innocent and charming face of Ayesha Jhulka as Anjali alongside Aamir Khan in a lead role. She won our heart since then. However, Ayesha Jhulka didn’t rule the film industry for long even after giving hits like Khiladi and Jo Jeeta Wahi Sikandar and she disappeared from the Bollywood soon. Ayesha has worked in many movies with the superstars like Aamir Khan, Akshay Kumar, Mithun Da, Kamal Hassan and many more but her charm didn’t make her fans to go and watch her movies. However, no one stops gushing about her and Aamir’s movie. Ayesha was last seen in the movie Ada… A Way of Life in 2010.

Last night, Ayesha was spotted at the screening of a short film, and she looks drastically different in a good way wearing a long black Kurta and completes her look with a black bindi.

Take a look at the pictures: 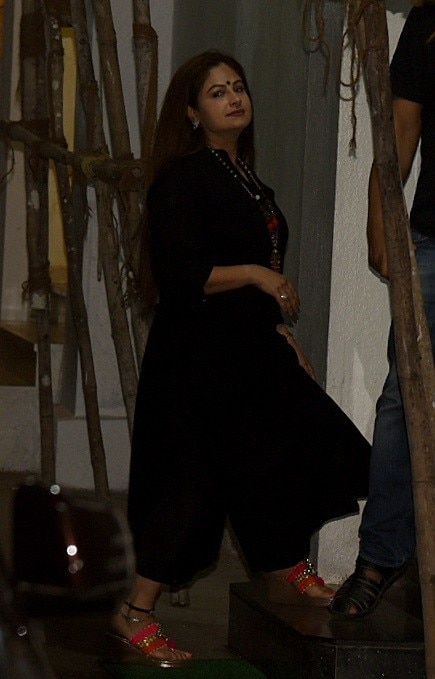 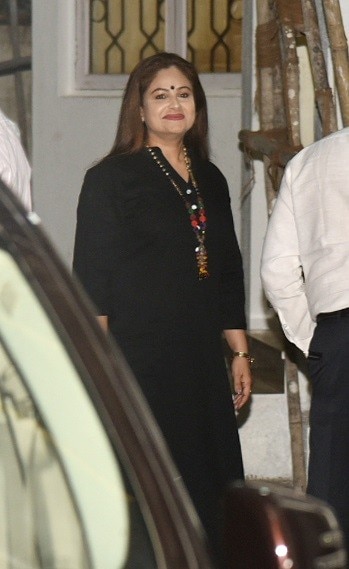 Now the actress is all set to make a comeback in Bollywood after decades and she will be next seen in Anil Sharma’s GENIUS which will also mark her son Utkarsh Sharma’s debut. Ayesha will play the role of a mother.

Last year in an interview with a daily, she said, “I was not really prepared to work again, but Anil ji was really insistent. My character is a classy, elegant and independent woman who is also a liberal mother and has a friendly relationship with her daughter. It’s not the typical, conventional mother, which is what made me say ‘yes’ to it”.