Kangana has done some immense contribution in the field of cinema. She is addressed as the ‘Queen’ of Bollywood. And this time around she is actually playing the role of a queen in her upcoming film. The film is based on the Queen Of Jhansi.

This time around she has contributed to the patriotic mood as India celebrates 72nd Independence Day. The makers of Kangana Ranaut’s Manikarnika: The Queen Of Jhansi made a perfect choice to release the poster of the much-awaited flick. To honour the queen of Jhansi for contribution to India’s struggle, the poster was released yesterday on Independence Day. 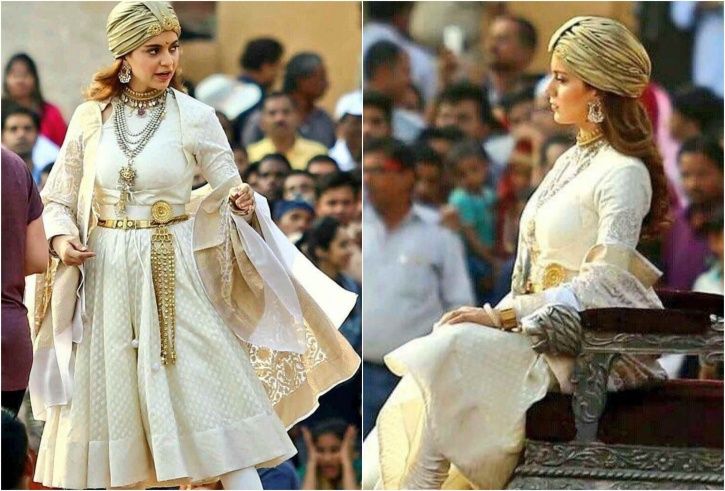 In the poster, which is a supposed still from the battlefield, Kangana Ranaut as Rani Laxmi Bai can be seen riding a horse with the baby tied at her back. Kangana looks every bit of fierce and regal at the same time on the poster. Kangana says the role is the closest to her heart.

The bold, beautiful and fearless Kangana Ranaut says the film is an ode to the freedom fighter. “The Queen of Jhansi is a symbol of strength and courage. Even today if we want to refer to someone as fierce, we say she is like Jhansi ki Rani. I believe her story is a blockbuster with or without any cinematic interpretation. A woman like her doesn’t need any validation, and will be remembered for years to come,” she said to a leading daily.

“It’s an iconic role. I learnt sword fighting and horse riding. I got fever after two days of galloping on a horse, I can only imagine the muscles of steel and nerves of thunderbolt Laxmibai had…I don’t feel anywhere close to her greatness, I have tried my best though,” she said.

Manikarnika – The Queen of Jhansi is slated to release on Jan 25.